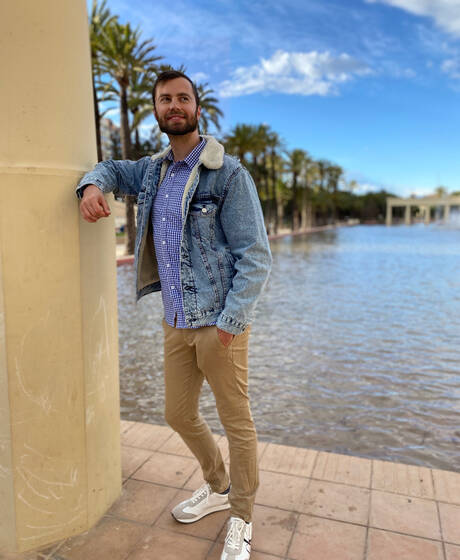 In 2015 Konstantin was awarded 2nd prize at the international singing competition for baroque opera Pietro Antonio Cesti. From here it goes steadily on for the countertenor. At the Innsbruck Festival in 2019 he was seen as Bagoa in the opera .

How did you prepare yourself for the Cesti-Competition?
A month before the contest almost every day. I am also a pianist and I have recorded all the arias with the piano to have the accompaniment. Then I recorded my voice many times a day to improve the arias.

From a scale from 1 (not at all) to 10 (big times), how nervous were you?
I was very nervous in the first round. I've even removed my lenses to avoid seeing the jury. In the second and third rounds I gained confidence.

What feeling did you have when you entered the stage?
Overall very happy. It was a privilege to sing for such an important jury. From the second round I felt very sharp and it made me want to act too.

Do you have a ritual before a performance? If so, what is it?
A walk in nature. Before each round I have gone to the mountains to walk a bit and do the breathing exercises. 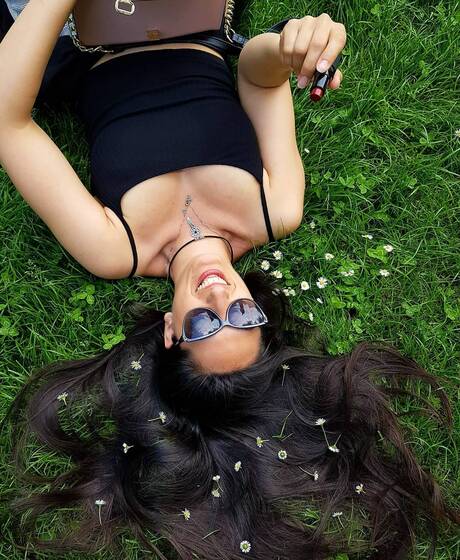 Theodora Raftis won the third prize in the Innsbruck Cesti Competition in 2019. The Cypriot studied at the University of Music and Performing Arts in Vienna. In 2020 the soprano performed in Innsbruck in the Barockoper:Jung «L’empio punito» by Alessandro Melani in the role of Atamira.

How did you prepare yourself for the Cesti-Competition?
I had a repertoire advisor who basically gave me a list of about 150 arias. I listened to them all and chose a good combination. And I also made a theme out of the 5 arias to connect them. Then I learnt them and a friend of mine helped me to prepare the ornaments of the da capo part (that took 1 month, just to get the variations finalized). Then it was a matter of memorizing and repetition.

What feeling did you have when you entered the stage?
I kept saying to myself: I don’t want to fail.

Did you have a lucky charm or a talisman with you? If so, what was it?
No, I don’t need a lucky charm. I work hard!

Do you have a ritual before a performance? If so, what is it?
One word: isolation. The fact that we had our own dressing room at the Cesti Competition helped, so thank you for that! 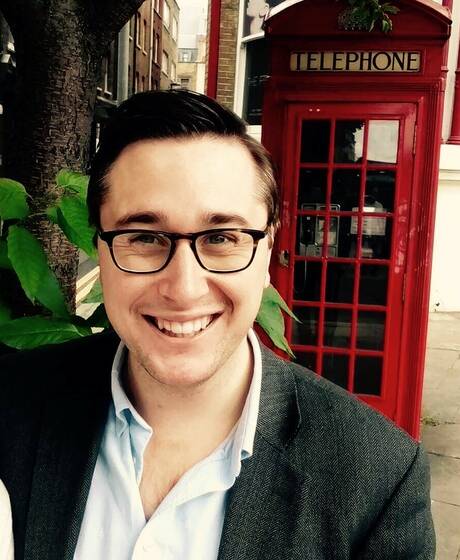 Bradley Smith was a finalist of the 6th International Singing Competition in 2015 and sang the role of Lelio in the Barockoper:Jung the following year: Young production of Cesti's «Le nozze in sogno» at the Innsbruck Festival. Bradley last appeared in 2019 at the festival weeks in the opera «La Dori» as Arsete.

How did you prepare yourself for the Cesti-Competition?
The first step in preparing for the competition was deciding what to sing. After looking through different scores and listening to various recordings I compiled a programme which I hoped would provide contrast and interest throughout the various stages of the competition, should I be lucky enough to advance through the different rounds. After that I received some coaching, both musical and linguistic, practised, book my flights and came out to Innsbruck!

From a scale from 1 (not at all) to 10 (big times), how nervous were you?
The Cesti Competition was actually my first international competition, so I was very nervous, especially with such an esteemed panel. Definitely 10 on a scale of 1 to 10.

Did you have a lucky charm or a talisman with you? If so, what was it?
No talisman as such, but I always carry a second handkerchief in case of a sneezing fit on stage!

Do you have a ritual before a performance? If so, what is it?
My usual ritual is to go through the score in the morning with a cup of coffee, then a run in the afternoon, followed by a long shower to test the voice. I then go to the theatre to warm up, get into make-up, costume etc. and off we go. 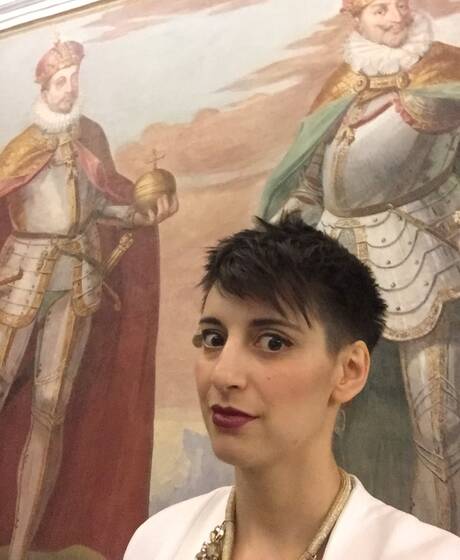 Emilie Renard has won the 1st prize in the Cesti-Competition 2013. Since than she regularly appears in Festwochen-Productions like «Il Germanico» or «San Giovanni Battista» and is also a frequently visitor in the Festwochen-Office too.

How did you prepare yourself for the Cesti-Competition?
I want to say I took lots of lessons and studied very hard, but mostly I just listened to Joyce DiDonato singing «Intorno all'idol mio» on repeat for about 3 months. And then forgot to actually learn the words.

From a scale from 1 (not at all) to 10 (big times), how nervous were you?
Super nervous! I stress-ate an entire packet of ham slices in my dressing room before the adjudication. True story.

Did you have a lucky charm or a talisman with you? If so, what was it?
Must have been that packet of ham slices because I won a bunch of prizes right after.

Do you have a ritual before a performance? If so, what is it?
Not really but I do always have to double-check I'm wearing my concert shoes and not my trainers. 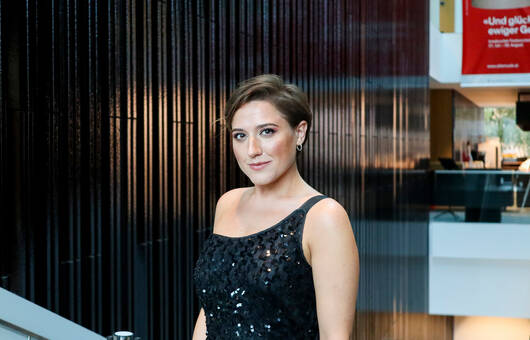 Margherita Maria Sala is 27 years old and has been singing all her life. The fact that she won the Cesti Competition in 2020 is one of the highlights of her life. In an online interview with the Innsbruck Festival of Early Music, she tells how she prepared for it, what happened to her and how her life changed afterwards. 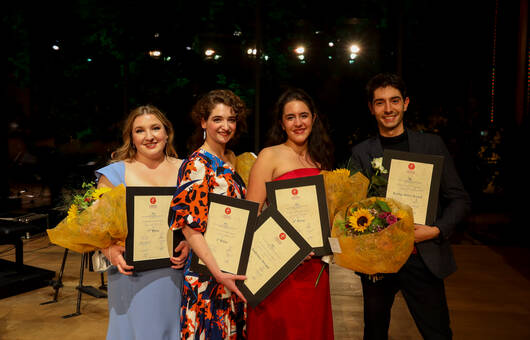