Johann Mattheson referred to Reinhard Keiser as the “greatest opera composer in the world” in his encyclopaedia of musicians. Keiser, who was a direct competitor of George Frideric Handel at the Hamburg opera, wrote compositions of such high quality that Handel later used many of Keiser’s arias in his own operas. From “Octavia” in particular Handel took a substantial portion of Keiser’s material: ten arias in total, of which he used six in “Agrippina”. So there will be many a moment of recognition during the performance of the 2017 BAROCKOPER:JUNG, when the vocalists will sing arias with already well-known melodies, though this time in the original version of Keiser’s “Octavia”. The ravings of Emperor Nero were a favourite subject in baroque literature and music (see Monteverdi’s “L’incoronazione di Poppea”, for example). In German-speaking lands the focus was on Nero’s first wife, Octavia. One of the works in which she was the protagonist was written by Anthony Ulrich, Duke of Brunswick-Wolfenbüttel: an epic novel titled “Roman Octavia”.

In 1705, Keiser set a libretto by Barthold Feind to music, which was called “The Roman Unrest, or The Noble-Minded Octavia” – a long and moralising title, as was customary at that time. Hamburg could afford rather large instrumentations, so Keiser composed a richly coloured score that provided each character with their own tonal qualities.

Nero – a wonderful role for the winner of last year’s Cesti competition, baritone Morgan Pearse – wants to marry the Armenian Queen Ormoena, so he orders his wife Octavia – a magnificent part for the French soprano Suzanne Jerosme – to kill herself. But the story in this opera takes a very different turn from what one would expect... 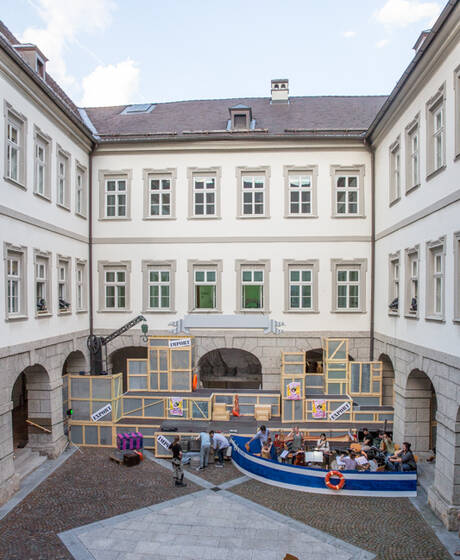 As an additional service, we offer a free introductory talk. Rainer Lepuschitz discusses aspects of the programme with the artists of the evening. The introduction starts one hour before the performance begins.