Conductor and director of the Bavarian Radio Chorus Howard Arman discovered a 16-part composition including trumpet choirs in a choir book from Graz, which bears the first verifiable usage of «con le trombe» in the title. The mass was written by Reimundo Ballestra, an almost forgotten court composer of the Habsburgs. As from 1602, he held a post at Archduke Ferdinand of Inner Austria’s court in Graz, where the magnificent «Missa con le trombe» was performed. The musicians of the Trompeten Consort Innsbruck – the only one of its kind in the world today – and soloists from the exceptional Bavarian Radio Chorus will perform the piece together in Stams. 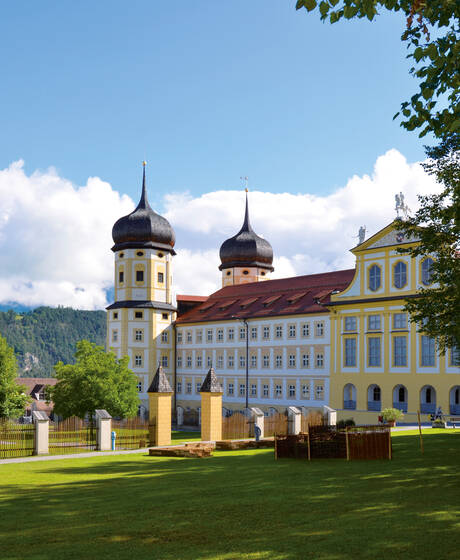