Half a millennium after the historic meeting between Maximilian’s court orchestras in 1503, Innsbruck is once again the place where three «vocal orchestras» come together. In this scenario, the Dufay Ensemble takes the role of the Burgundian court choir, while Cinquecento and Cappella Mariana represent Maximilian’s musical dominions in Austria. On the occasion of the 500th anniversary of Emperor Maximilian I’s death, they will sing a new concert in his residence of many years, featuring brilliant highlights of early Renaissance music: motets and parts of masses by court musicians such as Heinrich Isaac and Pierre de la Rue, but also by another Franco-Flemish genius of that era, Josquin Desprez. 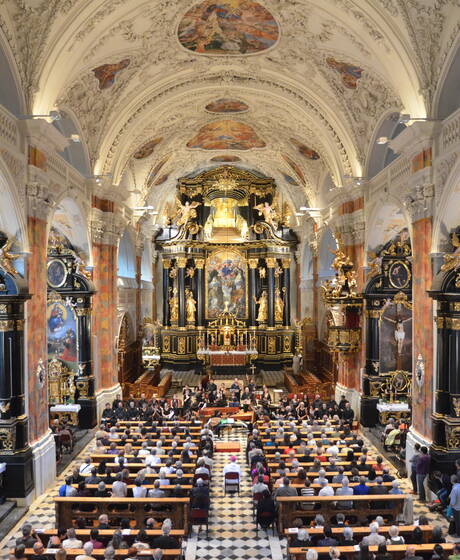