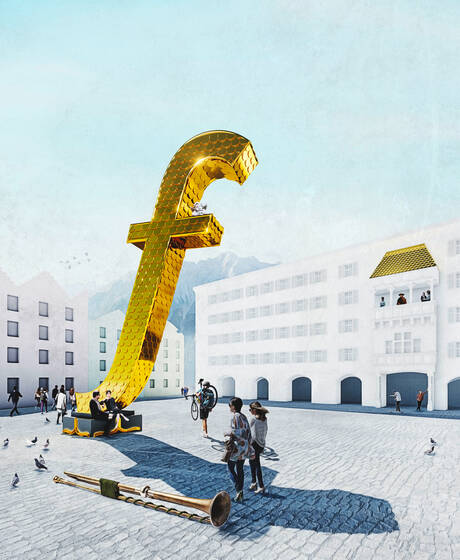 The commemorative year of Emperor Maximilian I, the 350th anniversary of Innsbruck court musician Pietro Antonio Cesti’s death and the tenth instalment of the Cesti Competition are the focal points of the 43rd Innsbruck Festival of Early Music. Shining lights from days past and present will radiate with a fresh sparkle in the summer of 2019. The rediscovery of the baroque opera “Merope” by Riccardo Broschi is eagerly anticipated. The Innsbruck audience can look forward to stars of the early music scene – from Bejun Mehta to Julia Lezhneva, from the Akademie für Alte Musik Berlin to the La Folia baroque orchestra.

A baroque feast for the eyes and ears, with magnificent arias, marches, choruses, fanfares and dances

A baroque feast for the eyes and ears
With “Merope” by Riccardo Broschi, Festival Director Alessandro De Marchi presents an opera that has been waiting to be rediscovered for almost 300 years. Broschi wrote the music for his brother, the famous castrato Farinelli, whose role will be sung by the Australian countertenor David Hansen in Innsbruck. De Marchi, who will conduct the newly established Innsbruck Festival Orchestra for the first time in “Merope”, promises “a baroque feast for the eyes and ears, with magnificent arias, marches, choruses, fanfares and dances”. The opera will be directed by Sigrid T’Hooft, a specialist in historically informed performances and baroque dance choreographies.

Treasures from the time of Emperor Maximilian
On the occasion of the 500th anniversary of Emperor Maximilian I’s death, the 2019 Festival opens a treasure chest filled with music by Habsburg court musicians such as Heinrich Isaac and Paul Hofhaimer. One of the concerts is dedicated to the legendary meeting of Maximilian’s Burgundian and Austrian court orchestras in Innsbruck in 1503, featuring three of the most exciting vocal ensembles of our time.

In honour of Pietro Antonio Cesti
The singer and composer Pietro Antonio Cesti, who died 350 years ago, worked at the Innsbruck court for more than a decade, writing many operas there. Revivals of several of Cesti’s operas were produced over the years at the Festival, now his lively tragicomedy “La Dori” will be staged for the first time. The singing competition named after Cesti celebrates an anniversary in 2019 as well: set up ten years ago by Alessandro De Marchi, it has developed into one of the world’s leading platforms for young singers in the field of baroque opera. The next generation of talented singers of last year’s Competition can show what they are made of in the 2019 Baroque Opera:Young, Handel’s “Ottone, Rè di Germania”.

Famous singers, outstanding ensembles
The Festival brings some of the best countertenors of our time to Innsbruck in 2019: Bejun Mehta, Valer Sabadus, David Hansen and Terry Wey. But there is no shortage of exceptional female voices either, including those of Julia Lezhneva, Vivica Genaux, Robin Johannsen, Karina Gauvin and Emőke Baráth, who will perform in concerts and operas. The audience can look forward to internationally renowned orchestras like the Hofkapelle München, the Akademie für Alte Musik Berlin, the La Folia baroque orchestra and the Imaginarium Ensemble under the direction of Enrico Onofri on the one hand, and, on the other, to young, rising ensembles like La Vaghezza, Seconda Prat!ca and the Asterion Ensemble. Howard Arman will conduct soloists from the Bavarian Radio Chorus in the Introitus concert at Stams Monastery.

Surprises and novelties
An exciting première awaits in 2019: a joint concert of the Innsbruck Promenade Concerts and the Festival will be held for the first time. In the final Promenade Concert of the season, the Tiroler Barockinstrumentalisten orchestra will perform in the courtyard of the Imperial Palace. The “Open Mind” concert, on the other hand, revolves around flamenco. From its baroque origins to contemporary interpretations, the audience will enjoy spirited dances and fiery rhythms. To celebrate the 350th birthday of the University of Innsbruck, the Festival presents three surprise concerts. The locations and dates will be revealed, all other details remain secret until the beginning of each concert.